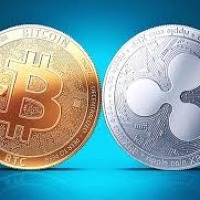 The first thing that comes to mind when you compare Bitcoin with Ripple is the amount of fee involved and the speed of transaction.

Ripple by all means is beating up Bitcoin when it comes to the speed of transaction and the fee involved but nonetheless the value of Bitcoin is no doubt the winner between the two. Take June 2017 for example: 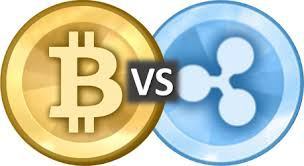 So how can you explain this? How come the slow coin with an expensive fee is rising in value whilst the fast with low fee is not changing? What is the rationale behind this if there is any at all?

The answer is simple - Ripple is centralized, Bitcoin is not.

Ripple has definitely changed its value from being worth less than a cent in the early days of 2017 and being worth about 50 times that ($0.25 at the time of writing), but during this time all along, besides one peak in late 2017 towards the $3 value (a time where all Crypto coins went high), that peak that was tumbled and destroyed quite quickly bringing down Ripple all the way down to $0.15ish levels - and at this time of writing there is simply no indication of any other big price moves when it comes to Ripple. (Note: We discussed the issue of Free Bitcoin & Crypto price falls in the linked article).

So why Ripple is not going up?

Ripple used to go up in 2017, the year that made Crypto known to so many people around the world, it basically crossed the chasm, and changed the financial industry for good, life before and after 2017 is not going to be the same, that’s for sure.

We don’t imply that Bitcoin or Ripple were now known to some investors or Crypto lovers before 2017 but there are certain groups crossing the chasm when something new comes into the world - perhaps this picture can illustrate it better: 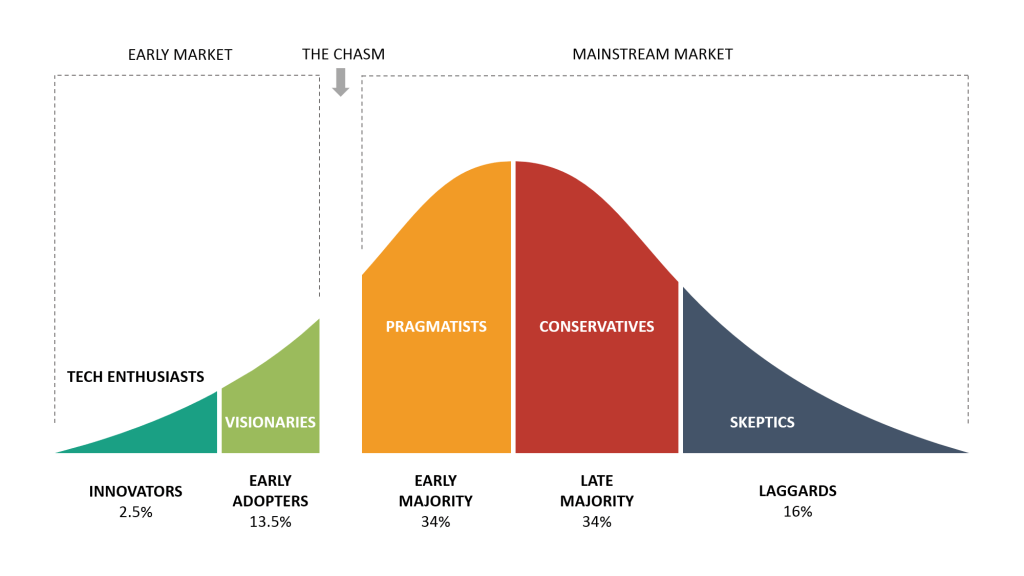 As you can see in this picture which is a reflection of the Technology Adoption Life Cycle, innovators and early adopters are a minority being less than 20% of the entire population getting used to Crypto.

Crossing the chasm is a shaky event, brings a lot of instability with it, and thus that is why Ripple moved at that time (late 2017) towards $3, and then it fell… the market had to go used to that new Crypto currency, many adopters came and saw an opportunity of a lifetime so they bought it, pumping the price so high until the market realized it is not where it is supposed to be.

How is Bitcoin in comparison to Ripple?

Bitcoin has a much more robust foundation, it was created in 2009 whilst Ripple was created only 3 years later in 2012. Bitcoin is decentralized whilst Ripple is centralized. One of the major reasons investors want to use Crypto is because of its anonymity, and the ability to use a decentralized environment that is not ruled by anyone (except for minders who have a limited control over the Bitcoin fees).

Ripple is a reflection of the opposite, it is centralized and supposed to be targeted by banks and financial institutions, so the value of Ripple is not something many investors care about it - it could still be a great way of transferring Crypto extremely fast such as converting your coins to Ripple, sending them for a very minimal fee, receiving them at the other end immediately and repeating the process when necessary.

Are you saying Ripple doesn’t care about the value of its token XRP?

No, we are not saying they don't care about it. However they seem to have different goals.

Or in another words, Ripple’s priority is not raising the value of its XRP token, its priorities are to replace the current banking industry or at least replace the slow SWIFT system that doesn’t work on weekends, and it’s only a matter of time before wire transfers would become a history and Ripple (or other types of) payments will take over.

So if we put this all into a summary we could conclude with the following:

Moreover - if you wish to invest in Ripple because you love the currency for some reason then do yourself a favor and simply use Ripple for funds transfer, it is fast and it is cheap and these are great values - but if you are looking to gain profits on your Crypto - then Ripple is not the solution you’re looking for. As we mentioned in several other articles in our site your best would be to invest in coins that have a potential to rise such as Crypto.com’s CRO or just take a 8% APY on your USDT in Binance (offered at the time of writing). If we had to take a wild guess a graph of CRO vs XRP would definitely put the CRO coin in a winning position and with the upper hand in almost all aspects.

Did you know? You can get Free Ripple every hour on our site FreeRipple.com - Join now and get 50% referral commission in addition!